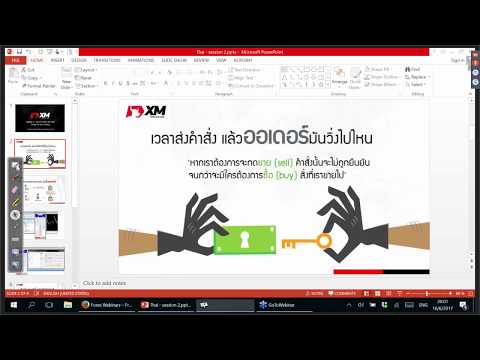 Came across couple threads on here about people discussing SL hunting Market Makers and quite a few said that all this is baloney... Since its Friday and I just finished analyzing the screws ups of the week, I decided to write a short post about the matter from my experience as my PERSONAL opinion.
To begin with, Stock Trading and Options communities have a general consensus that some kind of 'shady activities' occur. It's actually almost a mainstream idea, thanks to movies like Wolf of Wallstreet and people like Musky with his 'funding secured'. Along with countless other charged and non charged insider trading individuals and entities.
I imagine I don’t have to explain the ‘crypto’ market a place where they actually run ads to join a group and then pump and dump some shitty coin.
Anyway enough of other folks, lets move on to Forex. To cut it simply, Banks have already been caught red handed collaborating in chat rooms on how to manipulate the price to their advantage. (https://www.reuters.com/article/us-banks-forex-settlement-idUSKBN0O50CQ20150520)
So this should answer your question if there WAS Market Maker who moved markets.... Yes there was and its not some conspiracy theory, they've been found, charged, fined. Its up to you to decide if this is still going on or just stopped overnight.
Do these people SL hunt your individual positions? No, but what they do is seek liquidity... Chances are, you have placed SL after your usual textbook analysis at a major support/resistance as many other retailers... Experienced Whale traders at CITI, JP etc know where you have these SL. They also know where you most likely placed your pending buy/sell with tight SL. All they have to do is drive the price enough to take out all of the above and stopped out positions will fuel their direction... Combine that with creation of some 'other pattern' and you have bunch of other people jumping on the train going same directions as the institutional trader. Job done.
Now onto the Brokers.
From my experience, there is no such thing as a good Market Maker Broker... Yes there are absolute awful unregulated ones with dealing desk where you will most likely never withdraw any profits and some not so bad ones like Oanda, Forex without a dealing desk.
Ask how Oanda, Forex.com make their money... They will tell you its by spreads... Open up Oanda and check out average spreads and go to 'maximum' ... You will see some rather crazy spreads during news that if you ever traded on ECN would seem alien to you... Same goes to Rollover... Its up to you to decide if these things are just because Oanda and Gain have liquidity providers that are extremely in-flexible or.....
Lets not go far for a recent example, just open up EUUSD 1Minute chart of todays closing. ECN broker closed today at 1.6220 vs 1.6225 aka 0.5 pip spread and thats as high as the price went in last closing minutes... Spread did not jump anywhere much really - I was there to watch it.
Now lets open up Oanda chart on Tradingview... What do we see here? A spike to 1.16262 on last minute - now lets go and check Oandas maximum spread at this exact time, we find that it is exactly 6 pips.
Lets look at the chart again and think where a small time 'retail trader' that trades on small TF's would put their SL. Probably at 1.16254, 1.16282, 1.16293 area and lastly (same as me) 1.16323 area... Neither one of these would have been hit if you traded with ECN Broker... All of these with exception of last one (would be a really close call) would have been hit by Oanda or Forex.com today. Again its up to you to decide if this is just because Gain and Oanda have such 'interesting' liquidity providers or a broker that makes money on spreads is... you know... making money on spreads...
So here is my 2 cents... This again is my personal opinion.

Where to register the company for your Forex Brokerage?


CLICK HERE TO GET INSTACT ACCES TO Forex Income Boss FOR FREE!](http://www.gonextstep.net/ForexIncomeBoss)

List of Non Dealing Desk brokers. The following is a list with some NDD brokers that allow to trade in the Forex market and with other financial instruments. In most cases, these brokers offer their clients trading accounts with Non Dealing Desk execution and Dealing Desk execution so the trader can select the option that is most appropriate. The opposite of a dealing desk broker is a non-dealing desk broker, which are often referred to as ECN (electronic communications network) brokers or STP (straight through processing) brokers. Though these brokers differ slightly in their offerings, they are similar in the fact that they don’t take the other side of their clients’ trades. Find out the Top 10 of the absolute Best ECN - STP Forex Brokers 2020 (Non Dealing Desk) with tight spreads. Sign up now & Learn more The ideal client of dealing desk brokers is the one who more or less breaks even.In other words, a client who neither wins nor losses at the end. That way, the broker earns money on the client’s transactions, but at the same time, the client stays in the game by not blowing out his account. Dealing Desk brokers are in a conflict of interest as a dealing desk broker also buys and sells securities for its own account as well as on behalf of the customer. There is a risk of price manipulation with Dealing Desk brokers as they may profit from changing the traders bid or ask price on a forex trade.

วิธีเลือกโบรกเกอร์ฟอเร็กซ์ Dealing Desk (Maket Maker) - Non Dealing Desk (ECN , STP) XM Webinar 16/06/2560 สิ่งที่สำคัญ ... The hidden secret behind dealing desk that many large brokerage company don't want you to know. An educational series brought to you by Real ECN. ... The Different Types of Forex Brokers by Rayner ... Choosing a Forex broker is a big decision, and the first choice you'll likely have to make is whether to go with a Dealing Desk broker or an ECN broker. They... Find out the shocking truth on Forex brokers! What is ECN? Dealing Desk Facts - Spikes, Spread Manipulation and other dirty tricks... Check out more good For... Dealing Desks (Most of the other Guys) Learn About the Conflict of Interest Between Dealing Desks and Traders ... Best Forex Brokers (Non-US Version) - Duration: 48:23. No Nonsense Forex 64,359 ...